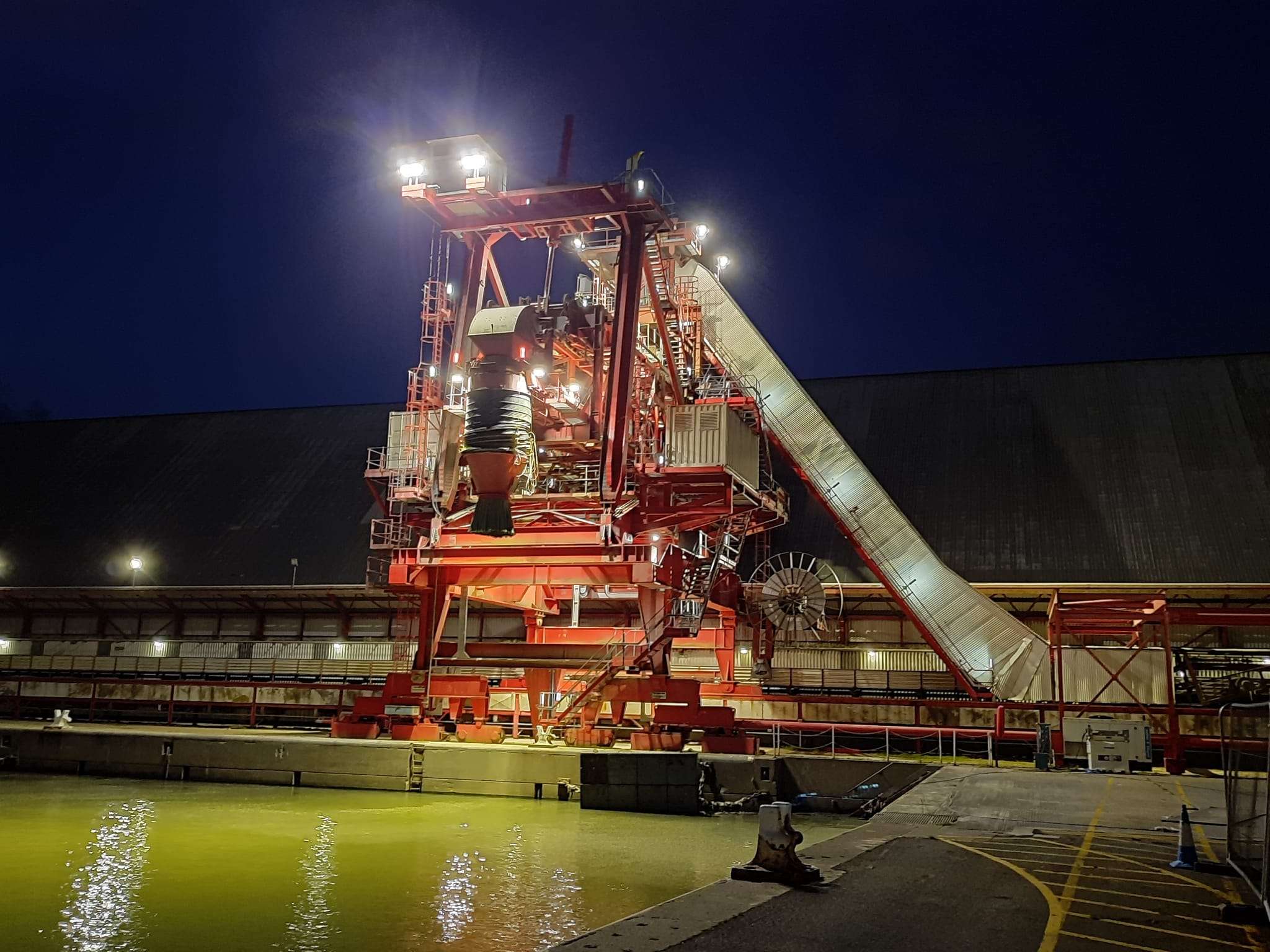 The ship loader was built in 1985 and installed in its current location in 1994. The electrical systems were the same from 1985 and required upgrading to modern standards and operations. As a result, Alatas designed and engineered a complete automation and SCADA Solution to replace the outdated relay logic system. The project involved installing an entirely new electrical house containing a new high voltage transformer, switchgear, automation panels, and a motor control centre.

In addition, the conduction of a structural study to confirm the machine’s integrity after modifying the new electrical house supports. Our team implemented full ATEX zoning and safety systems to ensure the machine’s full compliance with UK Machine Act and PUWER. Alatas operated a CDM site during the execution stage, assuming full responsibility for the worksite and control of works.

The unique design of the machine structure, which limits the space for IO panel installation, and the electric house were the biggest hurdles for the teams. The electric house needed substantial electrical equipment and IO remote panels despite the limited space.

The solution engineered by Alatas was to build a custom 33-foot electrical container.

The container has two main sections: HV (High Voltage) and LV (Low Voltage) sides. A wall separates the two areas for access restrictions. The electric house width allowed was the width of a standard ISO container. The HV section houses the main switchgear, the step-down transformer, and HV motor switch gears. In contrast, the LV side houses the automation section, the communication, and the power distribution.

The implementation of fibre optics communication allowed remote access and expanded the system for any future requirements. The system integrates a full operational SCADA with inbuilt diagnostics and trace functionality. The system monitored HV by the SCADA system to minimise human interaction.

All device upgrades included modern limits, sensors, encoders, and custom-made bracketry, all designed and manufactured in-house with collaboration from the AEDS team and the Alatas Workshops. Moreover, all 1O panels, the electrical house, and the operator cabin controls were pre-assembled at the Alatas Workshops in Bradford, UK.

The Alatas Automation Team worked closely with the AEDS Team to develop and assemble the entire system. Our Projects and Site Service teams assisted with the installation and overall project delivery. If you require our assistance on your cranes, please Contact Us. 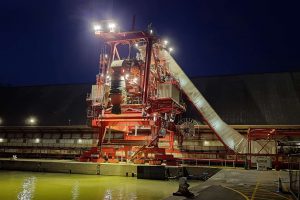