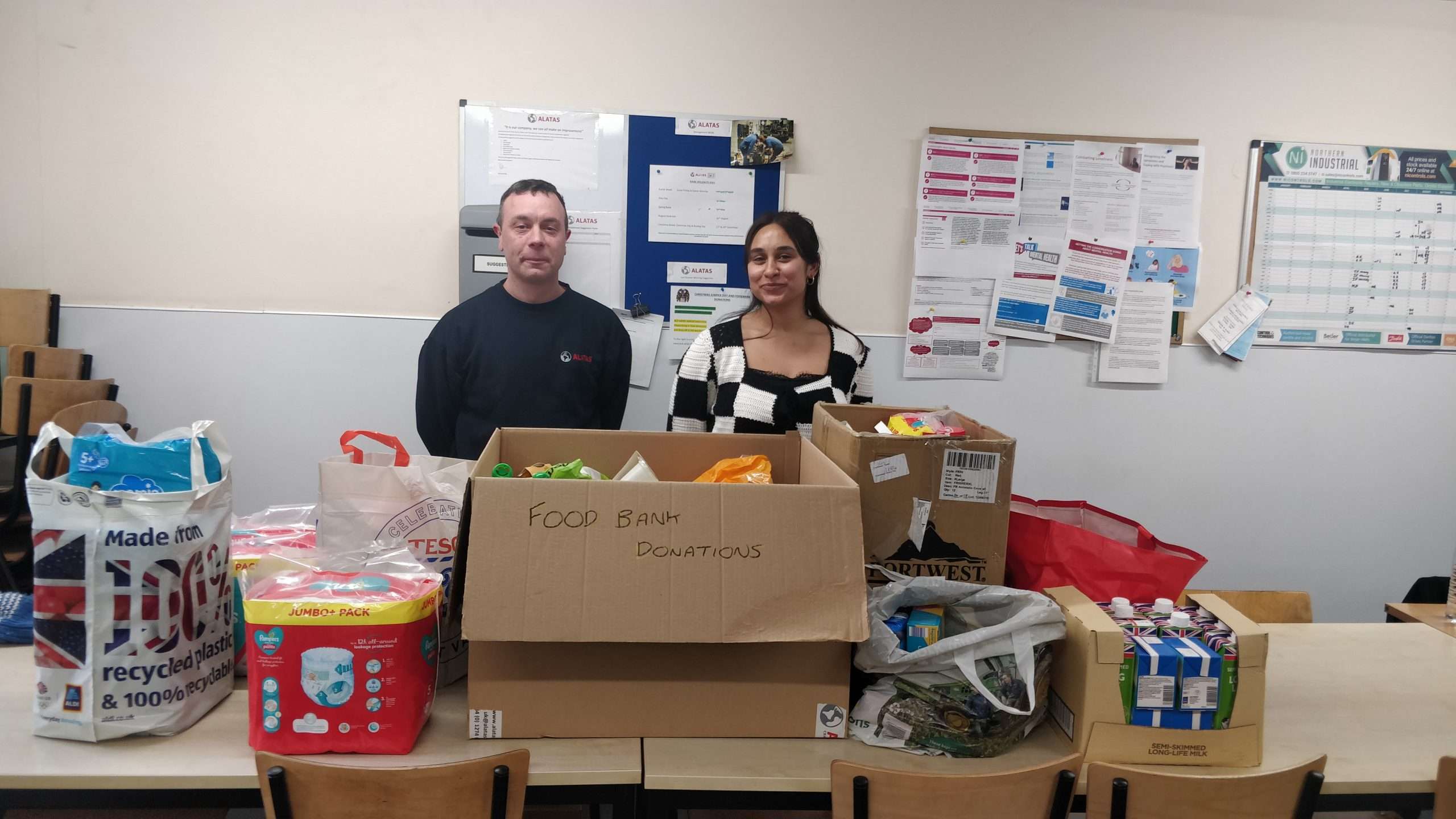 The Bradford office and warehouse team stepped right into the festive season during last week’s XMAS Jumper Day. This year, Warehouse and Logistics Assistant, Andrew Davies thought of a great idea to make a significant, positive and local impact with their charitable donations.

Here’s how XMAS Jumper Day happened in Andrew’s own words.

I recently moved to Wyke and joined a local Facebook page shortly after moving in. On the estate just behind my house, people from the local community had set up Wyke Food Bank for those really suffering. The Food Bank would post on the local Facebook group almost every week asking neighbours to donate some much-needed groceries and other items.

When I heard that we were doing an XMAS Jumper Day at the Bradford office and warehouse, I met with Sales Assistant, Christina Earley, and we came up with a plan for something a little bit different. Instead of donating a pound to a national charity like we usually do, we would donate food items and toiletries to the local Wyke village Food Bank in desperate need this year.

XMAS Jumper Day turned out to be a huge success and the number of donations given by the Alatas staff was overwhelming! As a result, the atmosphere in the Bradford office was instantly lifted, and all our spirits were high.

Thank you so much to Andrew and Christina for making sure the team at Bradford got into the Xmas spirit and thank you to Wyke Food Bank for all their hard work.